The MWL hosts 500 scholars and thinkers in Hajj representing 76 countries. The Rabita will hold a conference in Mina Concept of Mercy and Consideration in Islam 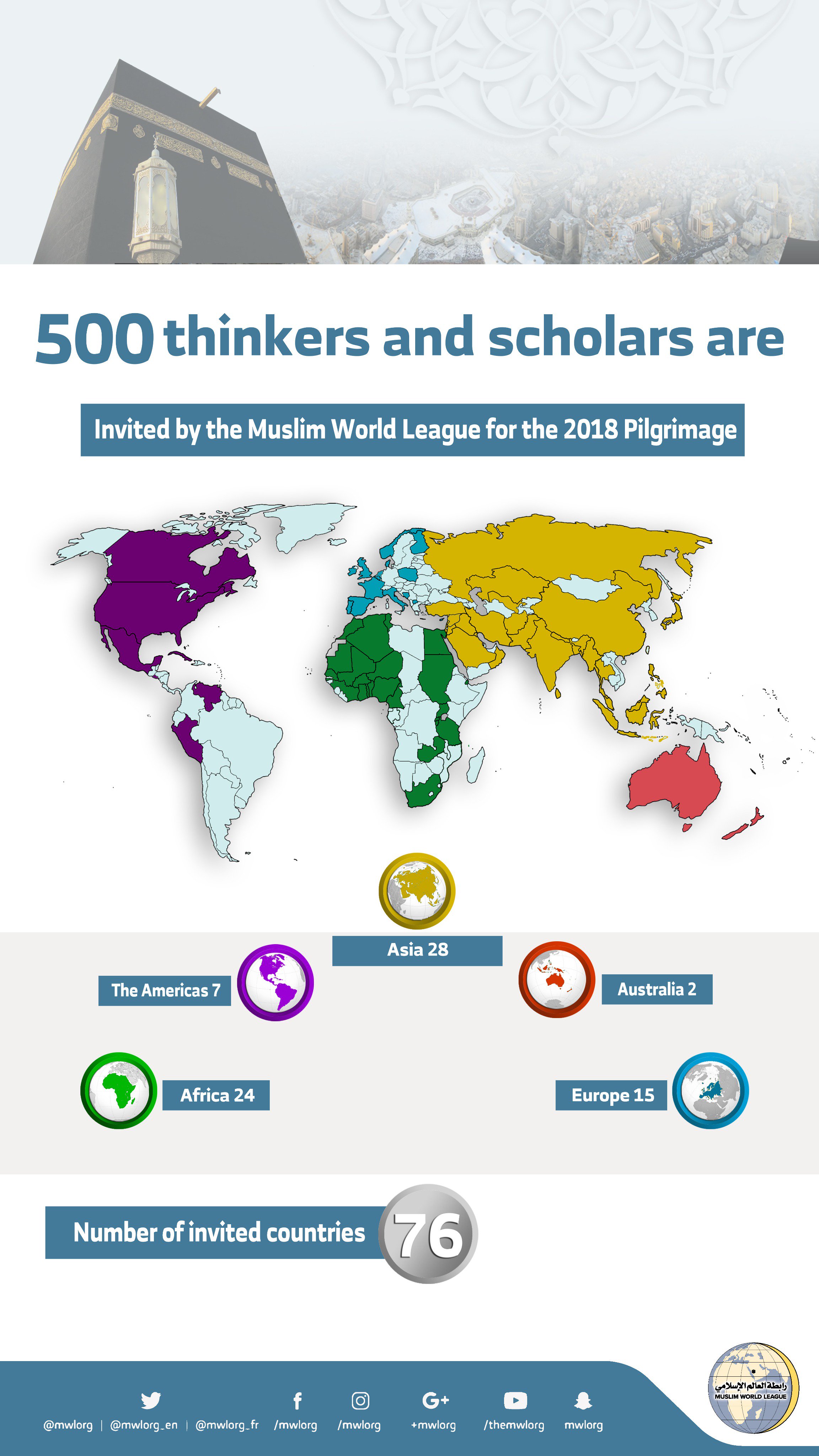 As part of its annual cultural events during hajj season in Mina, the Muslim World League is organizing a conference on "The Concept of Mercy and Consideration in Islam" on Wednesday 11 Dhul-Hijjah 1439 (22 August 2018), with the participation of 500 prominent Muslim scholars and thinkers that the MWL hosted for Hajj this year from 76 countries.

The official spokesperson for the Muslim World League Adel al-Harbi said that the objective behind the conference is to raise the awareness levels of the Ummah and start implementing the solutions to the problems it faces within a scientific, conscious and responsible framework. He added that the conference discusses two important themes: "Mercy and consideration: meanings and milestones" as well as "Mercy and Consideration: evidence and impact."

The spokesperson pointed out that the theme of the conference highlights the concepts of mercy and consideration in Islam; which are unquestionably an integral part of the religion, practiced by the Ummah, visible in its intellect and behavior as a clear reflection of the message of Islam, which came as mercy and benevolence for the worlds. He further stressed that compassion, kindness and affection are prominent characteristics in Islam and are present in its rulings, ethics, customs and traditions of those who adhere to it. These characteristics are practiced with ease and spontaneity and without any burden, which serves as a proof that they are very much a part of the Islamic civilization the culture of Muslims and this cannot be missed by a keen unbiased observer.

In conclusion, al-Harbi said that the Muslim World League extends its thanks to the Custodian of the Two Holy Mosques King Salman bin Abdulaziz and His Royal Highness Prince Mohammed bin Salman bin Abdulaziz for their keenness to provide the best services to the guests’ of the two Holy Mosques. The MWL also praised the outstanding services offered by the various sectors of the country to the pilgrims, as a result, it made it easier for the guests of the Merciful to perform Hajj in an atmosphere filled with safety, faith, tranquility and calmness.